Stellar metamorphosis on wikipedia... before it gets deleted by the trolls!

https://en.wikipedia.org/wiki/Stellar_metamorphosis
Posted by Jeffrey Wolynski at 10:57 AM No comments:

So they found disks. Okay. Where are the pictures of these things forming Earth to Jupiter sized objects?

Its a farce. The disk theory of planet formation is based on the superceded theory of the nebular hypothesis vs. island universe hypothesis.

...but no modern astronomers seem to have realized what they are doing...

They are using bogus interpretations, to support a bogus understanding.

The stars themselves are young, hot planets. Stellar evolution is planet formation.

NO DISKS ARE REQUIRED AT ALL!

If there are disks, they are the result of collisions between objects. That's it!

Posted by Jeffrey Wolynski at 10:13 AM No comments:

There is no Official Definition of Exoplanets, Stellar Metamorphosis


There is no official definition of extrasolar planets.


In 2003, the International Astronomical Union (IAU) Working Group on Extrasolar Planets issued a position statement, but this position statement was never proposed as an official IAU resolution and was never voted on by IAU members. The positions statement incorporates the following guidelines, mostly focused upon the boundary between planets and brown dwarfs.


No official definition of extrasolar planets/exoplanets.


You know why this is?


They do not understand stellar evolution/planet formation. That's why they keep on going to the nebular hypothesis/formation and evolution of the solar system pages.


They are stuck in the mud.


None of it is going to make sense to them because they are keeping a false assumption as fact. They believe a "star" is something mutually exclusive of "planet". So, they force everything to fit that, and then get confused as to why none of their theory is working!

Posted by Jeffrey Wolynski at 7:12 AM No comments:

Sorry about the picture being blurry. But I guess making the connection of the arms growing from the center and then starting to spiral is completely missed... lol 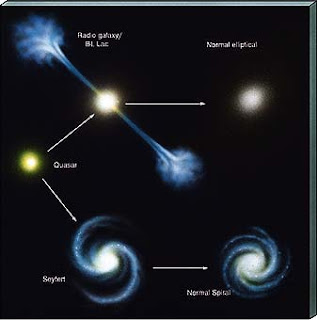 The radio galaxies' arms grow out and then to conserve angular momentum begin spiraling about the center. They don't just disappear! lol Like saying, look! A tree growing branches! Look they are gone!! hahaha


Posted by Jeffrey Wolynski at 5:33 AM No comments:

I think a lot of arguments for how valuable the systematic knowledge process that science provides ignore many factors. Addressing the role of tradition for example leads people to think that only people with PhD's or even college degrees at the first level can make badass scientific discoveries. The truth is that anybody can make a scientific discovery, but acknowledgment of that discovery is poo-pooed because of the discoverer's rank in society (tradition) or their job title. It boils down to this. If a rich person who has title at major university makes a discovery don't you think they'll have it vetted and spread a lot quicker (and with proper acknowledgement) than someone who is not affiliated with a university and is working a 9-5 that barely makes ends meet? Should it be no surprise that traditional beliefs impact how science is done? Its never mentioned though. It is almost as if science is a pure thing, in which case I'd hold the contrary view. Science is not pure, and it by itself does not safeguard against the pitfalls of traditional modes of discovery/insight. Thats just one facet of the pitfalls of traditional modes of doing science. You have the pitfalls of careerism, the egos of people who have higher "scientific" positions (which certainly is a part of careerism), the inability of science to solve unknown,unknowns (things you don't know, you don't know, how does one form a hypothesis if you don't know anything? lol)
Posted by Jeffrey Wolynski at 5:12 AM No comments:


It was a good idea. That article is long as hell! Plus there is going to be a shit-storm about exoplanet definition in the next decade or so... Just gotta get as many old buttheads to retire as possible to let the new blood realize exoplanets are just evolved stars.

Posted by Jeffrey Wolynski at 11:00 AM No comments:

Views of Nebular Hypothesis/Formation and Evolution of the Solar System and Earth have skyrocketed... 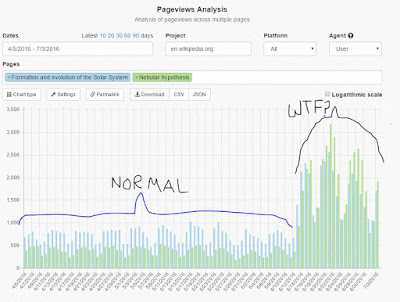 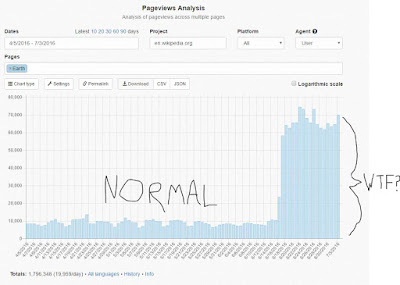 Posted by Jeffrey Wolynski at 5:12 AM No comments: