Check out the energy page on wikipedia:

"Our Sun transforms nuclear potential energy to other forms of energy; its total mass does not decrease due to that in itself (since it still contains the same total energy even if in different forms), but its mass does decrease when the energy escapes out to its surroundings, largely as radiant energy."

This is too good. I'm going to get a screen shot of it too: 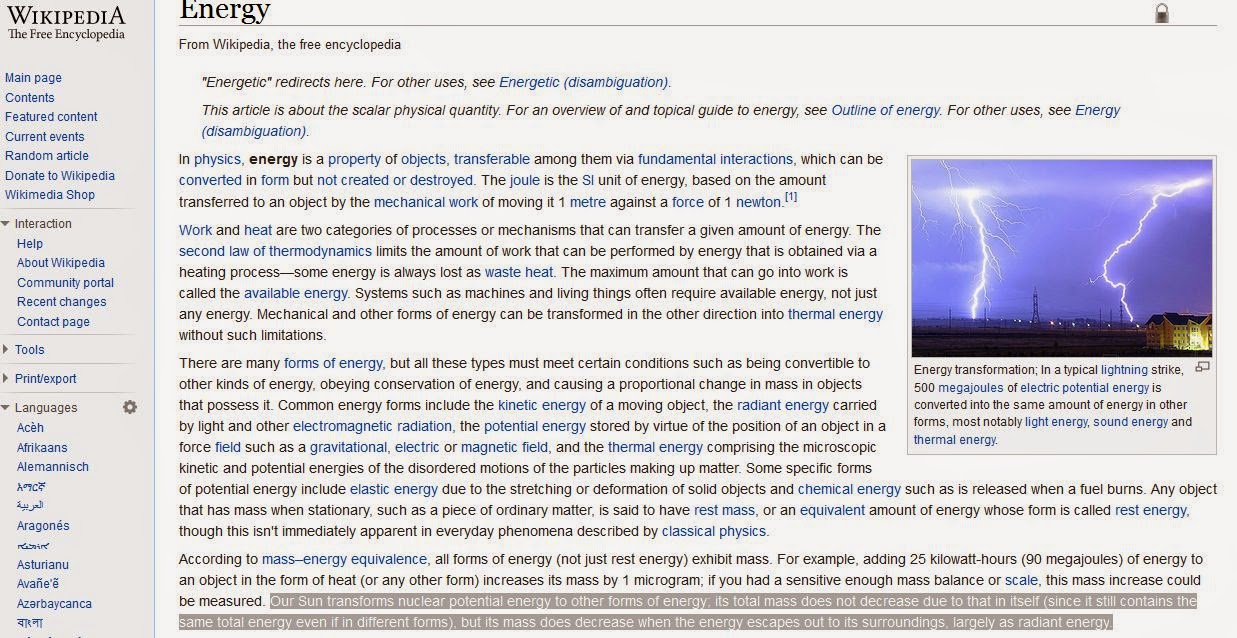 "its total mass does not decrease due to that in itself..." In itself what? They didn't say anything! What happened here is the writer had a brain fart. He is assuming the Sun is a closed system in the idea that it is not losing mass, then he goes to correct himself in the next bit,

"but its mass does decrease when the energy escapes out to its surroundings, largely as radiant energy."

It doesn't take a genius to figure this stuff out reader. Star evolution models are based on the idea that stars are closed systems. They literally forgot their basic lessons in their first year of college (even non physics majors learn this), that when something can be see radiating, it is not closed thermodynamically!

"Stellar evolution is the process by which a star undergoes a sequence of radical changes during its lifetime. Depending on the mass of the star, this lifetime ranges from only a few million years for the most massive to trillions of years for the least massive, which is considerably longer than the age of the universe. The table shows the lifetimes of stars as a function of their masses."

As a function of their masses? They lose mass as they radiate! The establishment's models for star evolution are bogus bull crap.


Posted by Jeffrey Wolynski at 8:21 AM