18 Great Lessons of Discovery and Science (from my experience)

Some lessons on making a great discovery in science. These are lessons I wish I would have been able to tell myself about 7 years ago. I hope they can help you.

Until then, it is shit, and you will be a crackpot for all eternity until the majority of other scientists finally accept it as being true. Until it is fully accepted and written in textbooks you will remain some random internet crank.

Just because you make a great discovery does not mean actual working scientists are going to help you. Refer to #1. They cannot be bothered with internet cranks, it makes them look bad, and can possibly (and has in some cases) jeopardize #4. Which is really strange, they won’t even help you develop it even with the ability to be anonymous online.

Being able to see nonsense of establishment astronomy is not easy, but assuming that other people who also see the nonsense will understand your ideas, or even help you is wishful thinking. You’re on your own for the most part. 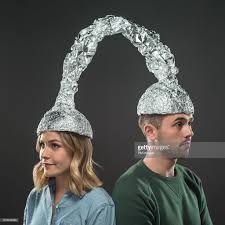 Working scientists want people to believe it is their science that comes first and getting paid second, in fact it is opposite. It is their ability to gain funds and get paid that comes before science. The science is secondary. We live in a capitalist society, the power of the almighty dollar rules supreme. Don’t let propaganda and big science evangelists try to convince you otherwise. They are getting paid hundreds of thousands of dollars a year. The science prizes are worse. The huge “big science” projects hold the largest prospect for catastrophe. You better find what you are given hundreds of millions of dollars to find, or else you’re out of a job.

Simple. You don’t have to completely ignore them, just don’t take what they have to say to heart. They are full of poison in their own hearts and are critical of most things in life, in general, and a great discovery would be far beyond their emotional ability to process. Most critics you run into will have severe emotional disabilities and probably have personal internal struggles with depression and hatred for others anyways. They don’t possess the ability to judge others’ ideas, as they probably cannot even manage their own lives. Do not let their internal hate inside you, it is just poison and will make you feel absolutely rotten.

6.      DO NOT waste time by trying to convince people of the idea.

People do their own convincing. Spread the word on forums and get papers uploaded onto free archiving programs like vixra.org and such, but do not engage most people. They will make life miserable and repetitious. It is like that saying, don’t throw your pearls before swine, they’ll just trample upon them not recognizing their value. Or even, don’t try to teach a pig to sing, you’ll just annoy the pig and frustrate yourself. Or this one, don’t roll around in the mud with pigs (argue online), the pigs enjoy it and you just get all dirty and end up smelling like garbage.

7.      Do not try to explain the discovery to family and friends.

Just work on it in silence and pretend nothing important happened. It will be surprising how apathetic people who you love and care about will be towards the discovery. It is disheartening, but the truth is just because they love and care about you, does not mean they will share the same passion.

8.      Do not talk about the discovery with potential girlfriends or on the dating scene.

Women you will date will not care and for good reason. They are looking at the whole package, at all of your strengths/weaknesses right now, not just some random event that happened in the past, that has no bearing on your current lifestyle/personality/income/communication skills, etc. Only bring it up to them long after you have been together, or maybe never. A woman’s heart is more valuable than a major scientific discovery, especially since you are only a vessel now.

You are the hole in the dam, not exactly flood gate material, but you’re there and the water is ripping through you like rocket exhaust. You are the lightning rod. You are the person on the end of the radio getting information for an airstrike on a hostile force. All the information you receive has to pass THROUGH YOU and as quick as possible to enact change. This means do not attach your ego to it, that will make life oh, so very difficult and emotionally disturbing. This meaning you have to let go and let the ideas flow, if you do not let the ideas flow out of your brain and onto paper, they will collect and severely impact your life. You will become so absent minded and forgetful people will think you have a drug problem, or worse, some type of serious mental disease such as schizophrenia.

10.  Therapists will not be able to help you in your struggles.

I went to therapists to try to talk to them to help with my emotional struggles with this idea. It will be of no use. They are always trying to classify your personal, real struggles as being based on some past abuse, or mental disorder, or whatever. None just want to listen to fantastic events from real people talking about life from a healthy perspective. They just give you the, “yes, I’m listening” nods, but really could give a shit less about either the discovery or your management of it.

11.  Talk about it on a youtube vlog or even blog about it if you’re not about all the camera stuff.

Talking about the discovery is extremely cathartic and helps to organize your mind. Plus it connects with others so that they know you are a real person, and not some internet troll (which you will be accused of quite a lot). Damned if you do, damned if you don’t. It is better to get the idea out there and get ridiculed for it, than not talk about it at all, esp. if it is an extremely important discovery.

12.  Do not assume people will understand it, even if it truly is easy to understand.

What this means is that no matter how well you explain it, no matter how simple it is, some people just won’t get it. It is not your fault. People hold false knowledge in their minds as to how the stars operate due to years of institutionalization by giant universities, and even primary and secondary school. False knowledge has a habit of remaining long after it has been replaced. So their ability to understand will not be dependent on how easy it is to understand, but because they have accepted ideas that are preventing them from understanding. You cannot fill a cup that is already full, and as a former Jarhead, I assure you, before the discovery was made, my cup was quite empty. That by far was/is my greatest strength as a scientist. My scientific bias is almost non-existent. Establishment scientists do, and that is what prevents them from understanding the stars.

A big fancy degree would have destroyed my ability to be creative and make this discovery. Graduate schools for science are giant meat grinders, molding young minds and bashing their brains to standards that the community already accepts, or you’re out! This runs counter to reality though as your ability to make great discoveries is granted as soon as you develop a rational mind, back in your teenage years, not after you get big fancy degree, Wizard of Oz style. Don’t let Keeping up with the Joneses get to you. I don’t have a big fancy physics degree, yet I made the most important astronomy discovery of the past 2000 years. How is that possible? Number 14 holds the key to success in science. 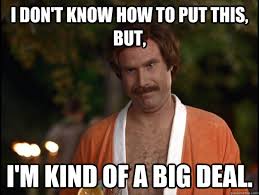 14.  Root out the assumptions scientists are making about how nature works.

The assumptions scientists have about nature are extremely numerous and contagious. A large portion of the assumptions are also unspoken as well. For instance, it is assumed Earth was always its current size throughout its history. Don’t you think it is a strange assumption, when the overwhelming majority of objects discovered, even in the 21st century are larger (both in diameter and mass) than Earth? Like what my one childhood friend used to tell me. It is right in there. Assume. It makes an ASS-U-ME. Or, an ass out of you and me. Don’t confuse ego or titles for genuine understanding or someone’s ability to make great discoveries.

15.  Presenting a new idea to most scientists is equivalent to punching him/her in the face.

Contrary to popular propaganda, presenting a new idea to most scientists is extremely insulting. They are more offended if the idea you present does not mesh with what they believe. Most scientists are creatures of habit, of extreme habit if you will, and live in giant university Echo chambers, and new ideas scare the shit out of them. The paranoia is strong in academic communities, because they play the credibility game. If a new idea rears its specter like head, they will attack with everything they have, especially if that idea can make their credibility obsolete and jeopardize their income. That is a main problem with scientists these days, they have attached their income to the science. See #4.

16.  Many establishment scientists (not all) are extremely biased with their research and ideas as well as harbor hate and resentment towards others, even other scientists.

I used to be hateful and harbor resentment, now I’ve kind of grown up with the new idea with experience under my belt. I understand how discoveries work now. It is nothing like what people think, at all. I’ve become more of a kindred spirit, because I’m no longer angered and shocked with the treatment I receive. I get it now. I hope you can too.

17. Science is ruled by the mob mentality.

Bring out the pitchforks! They love to gang up on people who are different than them, and oust free thinkers. It is like this because there is no leadership in science. There is no old, wise man at the top. There is no power structure. It is just people in Universities that use the University's branding power to crush dissent. That, coupled with the institutional imperative (Universities blindly following peer universities) is a recipe for disaster. No leadership = mob mentality via "peers". It shouldn't be shocking that humanity doesn't know where its going, there is no leadership in the sciences. It is a bunch blind people leading other blind people, just because.

18. There are no checks and balances.

Peer review is controlled by unchecked individuals. They have the power to reject manuscripts based on their own beliefs, biases and inner "club" mentalities. Not a part of the club? Did not go to the right school? Well then. Good luck trying to publish in one of our referred journals!  See #17, this is exactly how you prevent leaders from appearing, you use peer mob mentality to crush dissent and new ideas (see #15) before they can threaten your academic haven.


Posted by Jeffrey Wolynski at 5:17 AM