"What does all this mean? Well, it means, as usual, that Nature is a bit more clever than we are, thinking up all sorts of ways of forming planets and systems of planets that didn’t initially occur to us. But that’s how science works. Things get complicated, so the first thing to do is simplify. Make your idea general. Then start adding complexity to it to explain what you actually see. As observation techniques get better, the idea has to get modified to account for new data."

The first thing to do is question assumptions.

You are assuming that a "planet" and a "star" are mutually exclusive. They are not. They are the same things. Nature is more clever than you. Keep that "we" stuff to yourself and your buddies. The people listening to me have already crawled out of Plato's Cave. Maybe you should too. 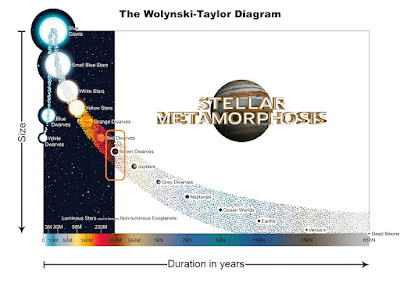 Posted by Jeffrey Wolynski at 7:01 PM