What I look like when I read mainstream "science" forums. 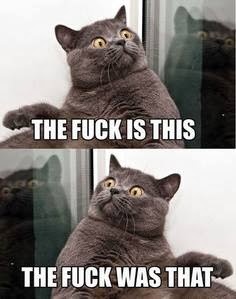 Big Bang creationism and nebular hypothesis, or "this and that", or something from nothing theory and dust squeezing together absent pressure, gravitation or heat hypothesis to make objects the size of the Earth. The real question is have you had enough of the lies from establishment? Here is an overview of the theory which was deleted by the wikipedia thought police. Yes, thought police are real. They cover their lies with bureaucratic bullshit, rules and nonsense. They are like children on a playground making up rules constantly as the game is played to make sure they will win. It is much worse in China and even worse in North Korea, so be thankful. Wikipedia is rule by the mob for the mob, it is a good system for erasing human ingenuity and the soul of our species, which is of creation, discovery and sharing.

The article that was deleted by the wikipedia thought police.

Posted by Jeffrey Wolynski at 8:40 AM