NASA Disinformation at its finest

These are two quasars (3C75) growing arms and becoming galaxies. They are strong radio sources because they are synthesizing matter and ejecting it along their axis, and the material is travelling so fast it is literally redshifting all the way to the radio frequencies. In other words, we are seeing two baby galaxies growing their arms, not "black holes".

NASA says they are black holes. They are full of shit, black holes are supposed to be sucking in matter, these two objects are clearly ejecting matter in vast amounts. If anything these objects are the direct opposite of "black hole" bullshit. The matter coming out of these objects will dissipate and form stars, which will then cool and die becoming what humans call "planets". 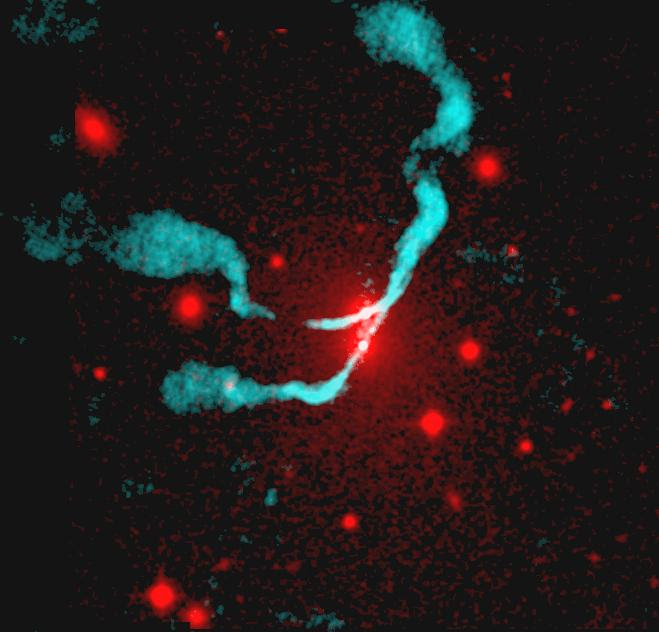 Posted by Jeffrey Wolynski at 7:26 AM